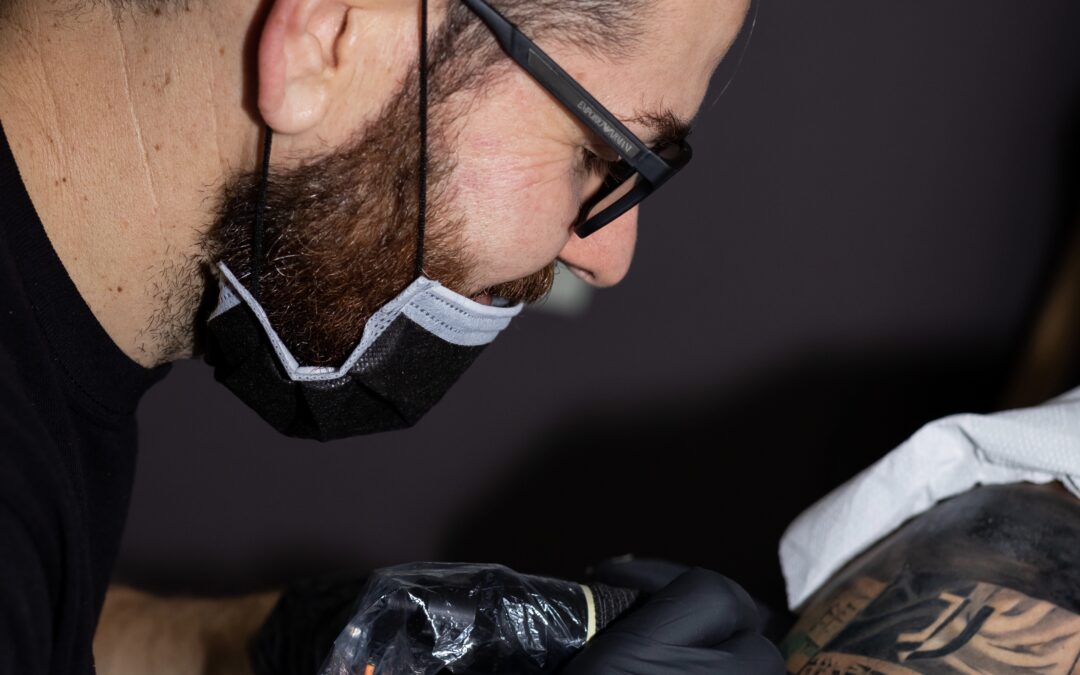 "Always dear to me was this hermetic hill,
and this hedge, which goes so far
of the last horizon the gaze excludes.
But sitting and looking, take it forever
spaces beyond that, and superhuman
silence, and very deep stillness
in my thoughts I pretend, where for a little while
the heart is not afraid. And like the wind
I hear rustling among these plants, I that one
infinite silence to this voice
I am comparing: and I remember the eternal,
and the dead seasons, and the present
and alive, and the sound of her. So between this
immensity drowns my thoughts:
and shipwreck is sweet to me in this sea. "

so was the expression of infinity for one of the greatest poets in history ....

for some years this sensation has been transformed into a symbol created for algebra and physics but then used to make hundreds of thousands of tattoos ALL THE SAME!

Inalgebraic geometry, the word LEMNISCATA 'refers to each curve in the shape of an inverted eight, among which the best known is the lemniscate ofBernoulli.
The name of the curve was given by Bernoulli himself and his etymology derives from the Latin wordlemniscuswhich in ancient Rome represented a sort of ornamental ribbon for crowns. The term is sometimes used to refer to the symbolmathematical

SO LET'S DO NO MORE THAN TATTOO US A SYMBOL USED IN ALGEBRA ... MAKING "NOT UNIQUE" THAT MEANING WE WANT TO GIVE TO OUR TATTOO MAYBE WITH THE INSERTION OF A CAT OR DOG'S PAW THAT CONNECTS US TO OUR PET, OR OUR CHILDREN OR OUR PARENTS, GRANDPARENTS, RELATIVES, FRIENDS OF THE HEART ETC .. CONSEQUENTLY WE FIND NOT ACCEPTING IT ANY MORE.

SECOND INSTEAD OF OTHER SOURCES:

The endless knot is perhaps the most complex of Buddhist symbols to understand. In Tibetan Buddhism, the symbol of the infinite knot symbolizes thepromise,l’unity between compassion and infinite wisdom, that is, without beginning or end.

The endless node could originate in a symbology related toDragon. Nagas are a class of beings who live in a variety of places ranging from underground places, waterways to invisible realms. These powerful beings have their own perceptions and vary in their enlightened level as humans do. Also, some nagas take on the role of protectors of the Dharma (spiritual teachings). More importantly, in Hindu mythology, they are evil and benevolent, demons and gods. Nagas represent our unconscious mind which consists of 2 parts: the higher self and our basic consciousness.

The infinite knot has neither a beginning nor an end, therefore it represents theour spiritual path, the continuum of time and the omnipresence of the Buddha self. Another interpretation refers to nature and consciousness. The interconnected wires indicate that all consciousness in the Universe is connected - that we are all one. It is a typical Buddhist view. But we are all connected to the electromagnetic resonance field that exists, in significant correspondence with modern science.

And rather than the unity of the Universe, the infinite knotreflects the inner duality of human consciousness- the twin snakes that represent the duality of our mind. The modern iconography of the infinite knot does not reveal theimage of snakes, although the meanings offered by dominant Buddhism may be related to the esoteric principles we find in the serpent.
Snakes also represent the rebirth and renewal of ancient symbolism due to the systematic shedding of their skin. It is typical to find snakes in ancient cultures that symbolize the cycles of time.
Snakes also represent our subconscious and more conscious minds, which are both omniscient and eternal.
The infinite knot is also related tokundalini snake- the intertwined energies of ida and pingala. The knot is said to symbolize the union of compassion and the infinite wisdom of the Buddha, the omniscient and omnipresent consciousness that exists in each of us. This is the absolute conscience in Hinduism and what the monotheistic religion calls "God".

Another possible interpretation concerns the interaction of opposing forces in the dualistic world of manifestation, which leads to their union and, ultimately, to the harmony of the entire creation.

The endless knot and the Celtic knot

This Buddhist symbol is comparable to the knots of other ancient cultures, with a fascinating resemblance to theCeltic knotof the ancient Celts found in Great Britain and Ireland. The Celtic symbol, also known asmystical knot, represents an uninterrupted life cycle. These symbols began to appear in Celtic art in the fifth century. The endless knot and the Celtic knot represent the infinite flow of divine energy and the cycle of life that never ends.

They also represent the reincarnation of our souls and the constant death and rebirth of the values ​​we learn even as life has acquired wisdom and compassion.